A Marble Background is so artsy and versatile, so I made four cards using the same stamped image…. I’m back with the kind folks at The Foiled Fox. I adore them so and am so glad they let me pop in from time to time.  Let’s start with the bright rainbow card. I stamped the marble image and heat embossed it in black. Then it was time to add some color!

I watercolored the images with Gansai Tambi watercolors and added some Wink of Stella in clear to the sentiment strip.

My next card, I used a portion of the marble background and made a box out of it thanks to this nifty box die cut. Of course, I had to make a coffee themed card (it’s been a few weeks) so I have the box exploding with coffee cups.

I did a soft wash of brown watercolor for the background, added a bit of black glimmer paste to the box and some tissue paper (I found in the garbage, no joke)…. And the sentiment, ha ha ha.

My third card has a gold embossed background, watercolored some soft hues and adhered it diagonally to the card base.

The sentiment was also gold embossed and I added some of the dots from the same stamp set around the sentiment to tie everything together.

The final card was made with leftovers.  I found a large word die I had in my stash and adhered it to a card base. 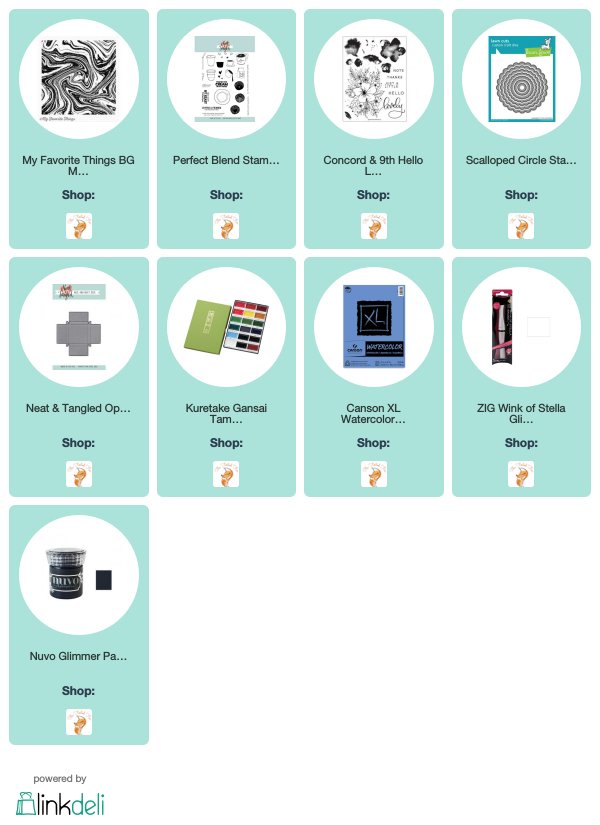 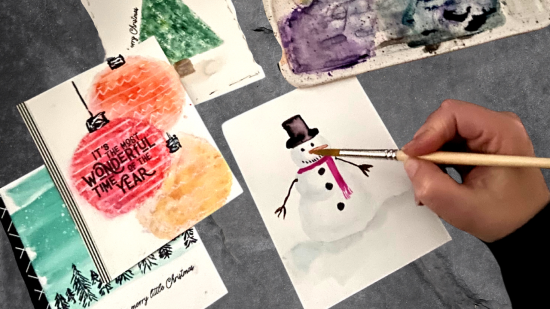 All content of this blog including photos, designs and text are © Laurel Beard and were created for your personal enjoyment and inspiration. Please do not copy! :)